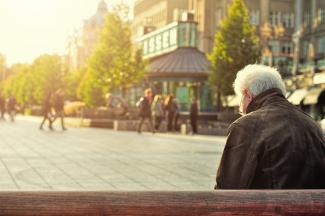 The Social Security System — It’s Complicated and Quite Popular

I just finished reading a book called Social Security, The Unfinished Work by Charles Blahous (Ó 2010, Hoover Institution Press) who is one of the trustees for the Social Security and Medicare programs. This book is very comprehensive and covers the major past reforms of the system, the financing problems and the numerous proposals put forth by various members of Congress and officials in governmental agencies.  It serves as the source for much of this article.

We can all agree that this government program, established in 1935, is exceedingly popular and useful to Americans. When preparing a financial analysis for clients, I see it myself how useful it is.  Having $30,000 or $50,000 in annual Social Security benefits for a couple really helps to fill that income gap in retirement.

The main threat to Social Security’s solvency is the phenomenon of demographics. But let’s quickly go back to 1983 when Social Security was rescued by Congress and President Reagan. The measures taken then could not keep Social Security on a long-term sustainable path.  Although, the reforms made then did help Social Security to maintain itself for the past 30 years or so. It seems the 1983 Greenspan Commission used long-term projections that were too optimistic. The 1983 amendments, however, did help in the near-term.  Starting in 1984, Social Security collected more tax revenue than was needed to pay out benefits which resulted in surpluses.

The 2013 OASDI Trustees Report, released May 31, showed little change from last year(www.socialsecurity.gov/OACT/TR/2013/index.html).The Trustees project that the combined reserves of the OASI and DI Trust Funds will increase for the next several years, growing from $2,732 billion at the beginning of 2013 to $2,922 billion at the beginning of 2021. Beginning in 2021, annual costs will exceed total income, and therefore reserves begin to decline, reaching $2,866 billion at the beginning of 2023. By 2033 the trust fund will be exhausted. At that time income will be sufficient to pay 77% of promised benefits through 2087, the end of the trustees’ 75-year time horizon (note the Trust Fund really just represents the interest-compounded value of SS taxes previously collected and not paid out to recipients). The Trust Fund consists of bonds issued by the treasury.  Any surplus money is used to finance other federal spending. The government, in turn, issues an interest-bearing bond to SS. Now if SS needs more money to pay benefits, the reverse happens.  The government must come up with the money to redeem the bonds which provide the money to pay the benefits.  When there are no longer any Trust Fund bonds, Social Security no longer has authority to pay full benefits.

Keeping in mind that Social Security is a pay-as-you-go financing method, at some point then, you would have a situation where the ratio of workers (who pay into the system) to retirees drops significantly. Features were added to Social Security over the decades such as the annual COLA, wage-indexing, spousal benefits, disability benefits, and the early retirement option. If Social Security’s benefits remained as created by President Roosevelt, Frances Perkins, Congress and others, the program would, most likely, be adequately financed now.

There are a number of proposals on the table for debate.  You’ll be hearing the politicians giving sounds bites and, in some cases, misleading information to the media in the months ahead as the debate on this issue heats up. Some proposals include raising taxes or slowing the benefit growth, replacing pay-as-you-go with advance funding, or re-directing contributions to personal accounts. It should be noted that these proposals do not include any changes to current or near-time retirees or currently disabled beneficiaries.  There is discussion, however, to change how the cost-of-living increase factor is calculated that would affect current benefit collectors. The computation involves the Consumer Price Index.  The idea is to modify how this CPI is determined using what is referred to as “chained-weighted” CPI which takes into consideration that a consumer will substitute a lower-priced item for one that has increased in price.  So if the price of beef increases, the consumer will substitute this protein with chicken.

All of the proposals have pros and cons. It will take a degree of mature discussions, sounds facts, and clear analysis to formulate a solution. Fixing this very popular and relevant government program will test our bi-partisan will and the fixes better happen real soon. Waiting, or kicking the can down the road, will result in increased pain and sacrifice for the next generation.